Among the hustle and bustle of our daily life, it is a luxury to have spare time, during which we can do anything or nothing as we like. But sometimes, people don't feel fulfilled with the way they spend their spare time. They may have attended activities not that interesting to them, or worse, they may have done nothing and felt their precious spare time has been totally wasted.

The initial goal of this project was to assist people spend their spare time more fulfilling.

To specify: Many people attend activities in spare time, why are the activities not fulfilling enough?

To narrow the scope done, we chose students in universities as the target user group, and we had this assumption that many target users spend their spare time hanging out with others.

To prove the assumption, and locate specific user problems, we sent out surveys, which will also be mentioned in Research, to students in University of Michigan and we got 98 responses in total: 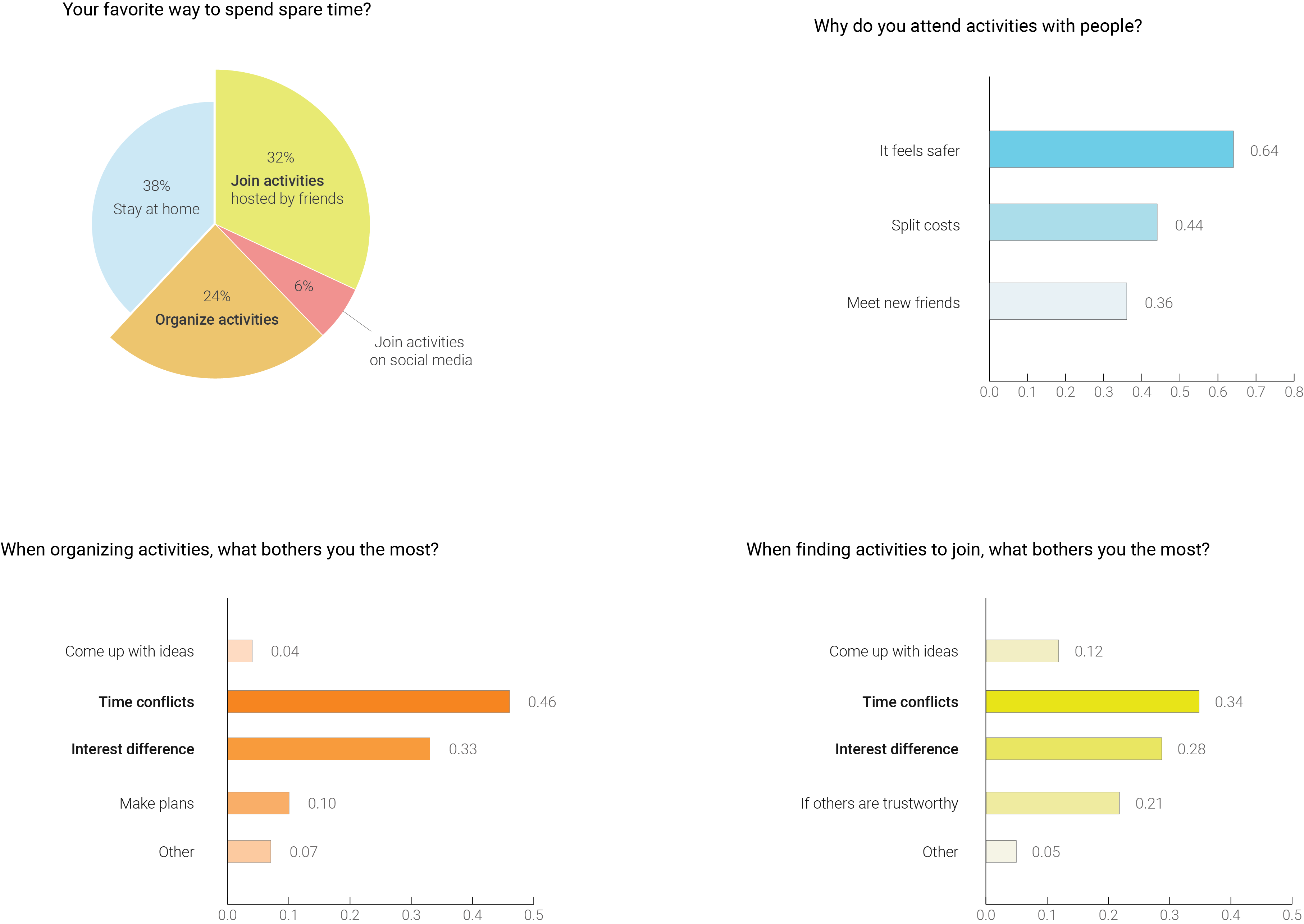 Modified Problem: It's hard to have fulfilling activities with time conflicts and interest differences

From the charts above, we found that many people would spend spare time in activities, but for both organizers or participants, the time conflicts and interest differences with potential companions are the major obstacles for their activity experience to be fulfilling.

Goal: Assist people with the same spare time and similar interests have activity together!

As aforementioned, from the results of our survey, 24% of the participants claim to often organize activities and 32% of them prefer join activities in spare time. The result indicates that we have two major user types:

1. Organizers: they have plans in mind and want to gather participants.
2. Participants: they prefer to join activities organized by others to just have fun.

However, the survey didn't indicate if the two groups can be switched. So we clarified it in the interview.

Currently, multiple products can facilitate people to find activities or companions according to their time schedules and interests, so maybe our goals have already been achieved. By analyzing some typical related social apps that serve the goal we proposed, "Assist people with the same spare time and similar interest have activity together", let's see where the opportunities lie.

We have found that:

1. There's no direct solution for users who want to have activity during a specific time period.
2. For most of the apps, it can be embarrassing if a user mistakenly join an activity or start a conversation.
3. None of the apps provide ways of emergency help when outdoor.

We conducted 4 in-depth interviews with target users in college to know their pain points during the process of looking for activities or companions that fit their spare time and interests to hang out.

We find some specific needs to address: 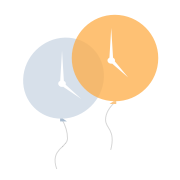 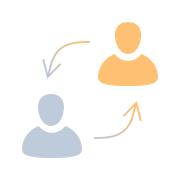 As long as the users find fulfilling activities, a user can both organize or participate.
(Measure by how likely a user would finally have activities to spend the spare time) 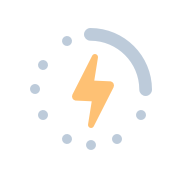 The process of users finding activities or participants should be fast and timely.
(Measure by Time spent in total and during each step) 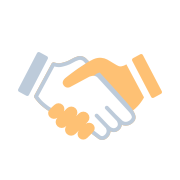 Users feel comfortable to build trust with other users before hanging out.
(Measure by how likely the users would actually hang out after getting in touch) 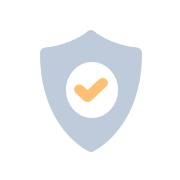 Users have the feeling of security when hanging out.
(Measure by how likely a user would come back to use the app again)

With all the success criteria, we can identify more specifically where our app can stand out among other comparative apps in terms of the value we provide to the users in the Value Proposition Grid:

Storyboard as a start point

To start with, I created a storyboard to serve as a base for discussions around functionality and user flow with the team. Along the way, the Success Criteria served as the calibrater for improvement. 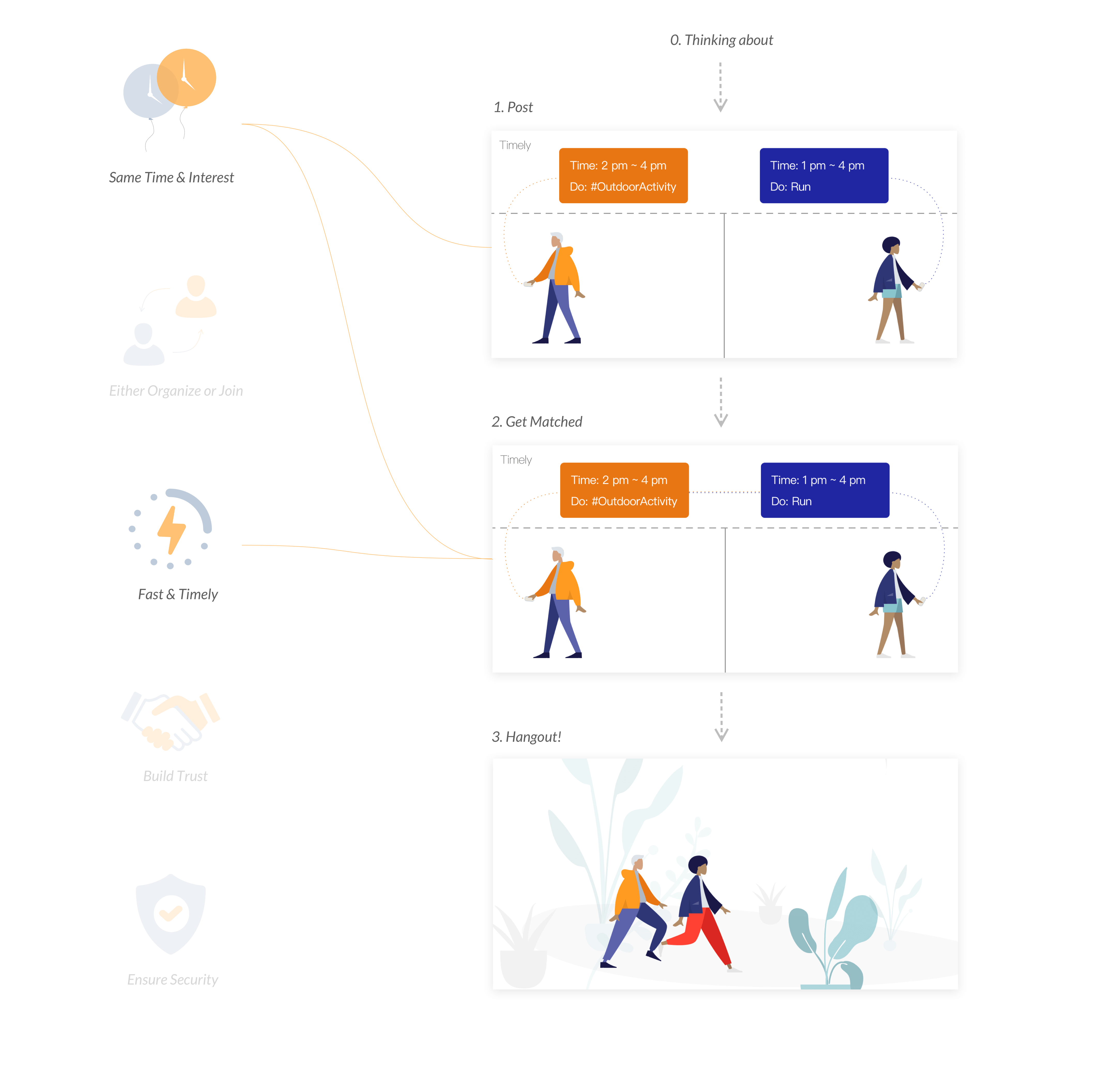 As shown above, only part of the criteria were addressed, so we modified and complemented the story with to define the minimum comprehensive scope that can cover the whole Success Criteria. 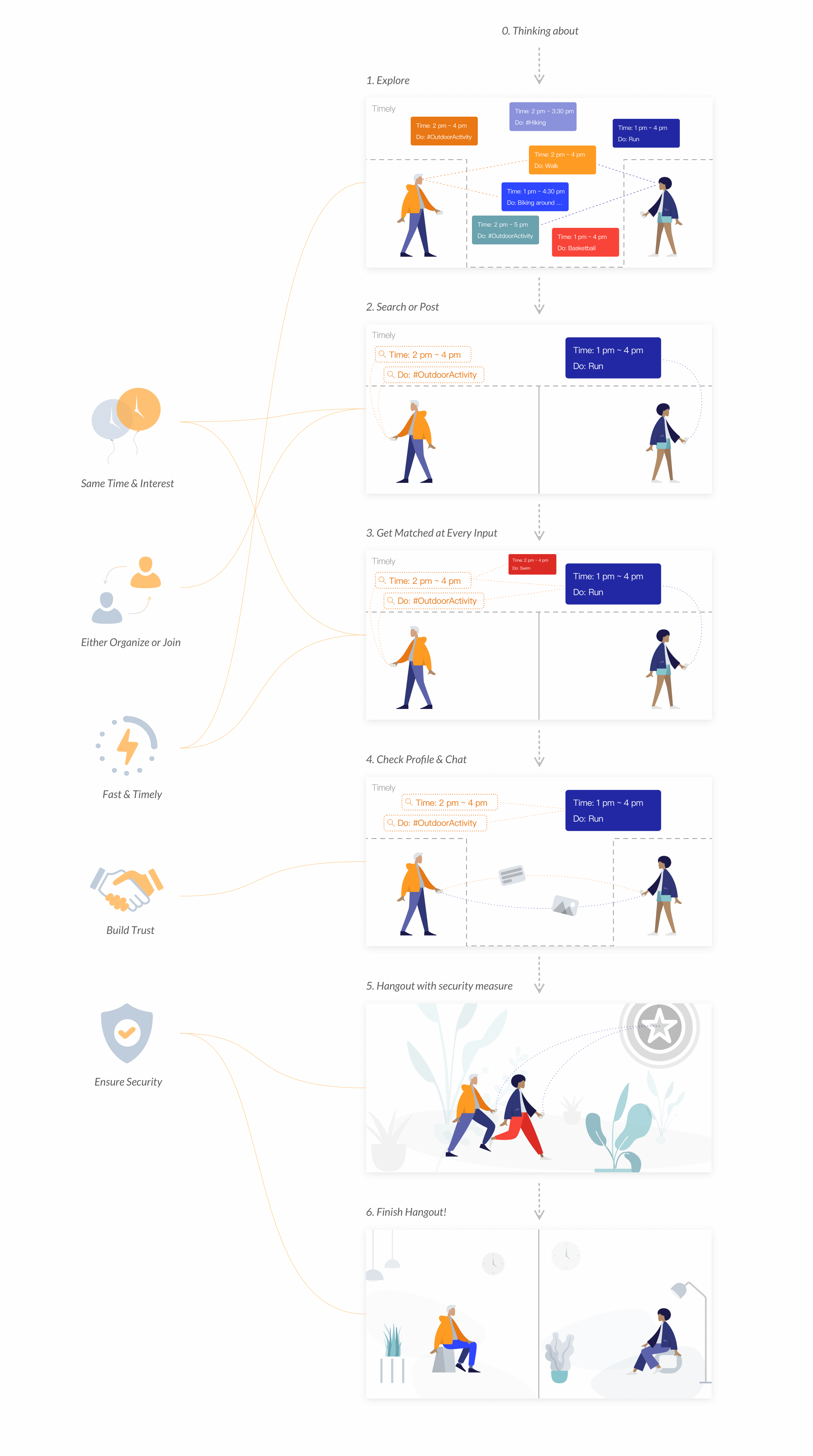 Interpret the Storyboard into a user flow sitemap

The storyboard was further interpreted in the format of a user flow diagram, where the 5 aspects of success criteria were assigned to each major function to achieve.

Major Challenge 1: How to let users find activities as soon as possible? 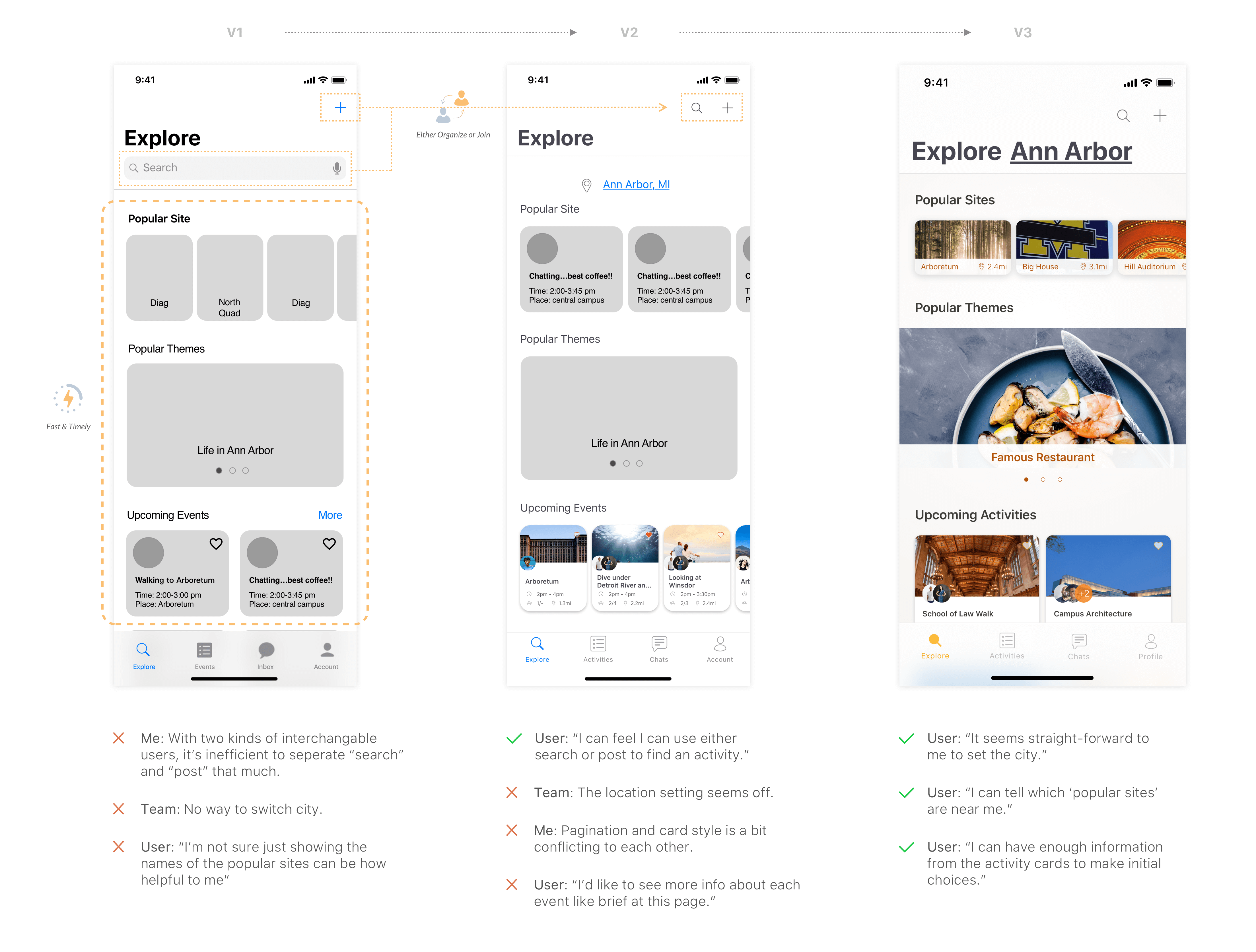 Solution 1.2: The list of matched activities in Search/Post Page refreshes whennever a user sets time or interest, and it's sorted by different criteria automatically 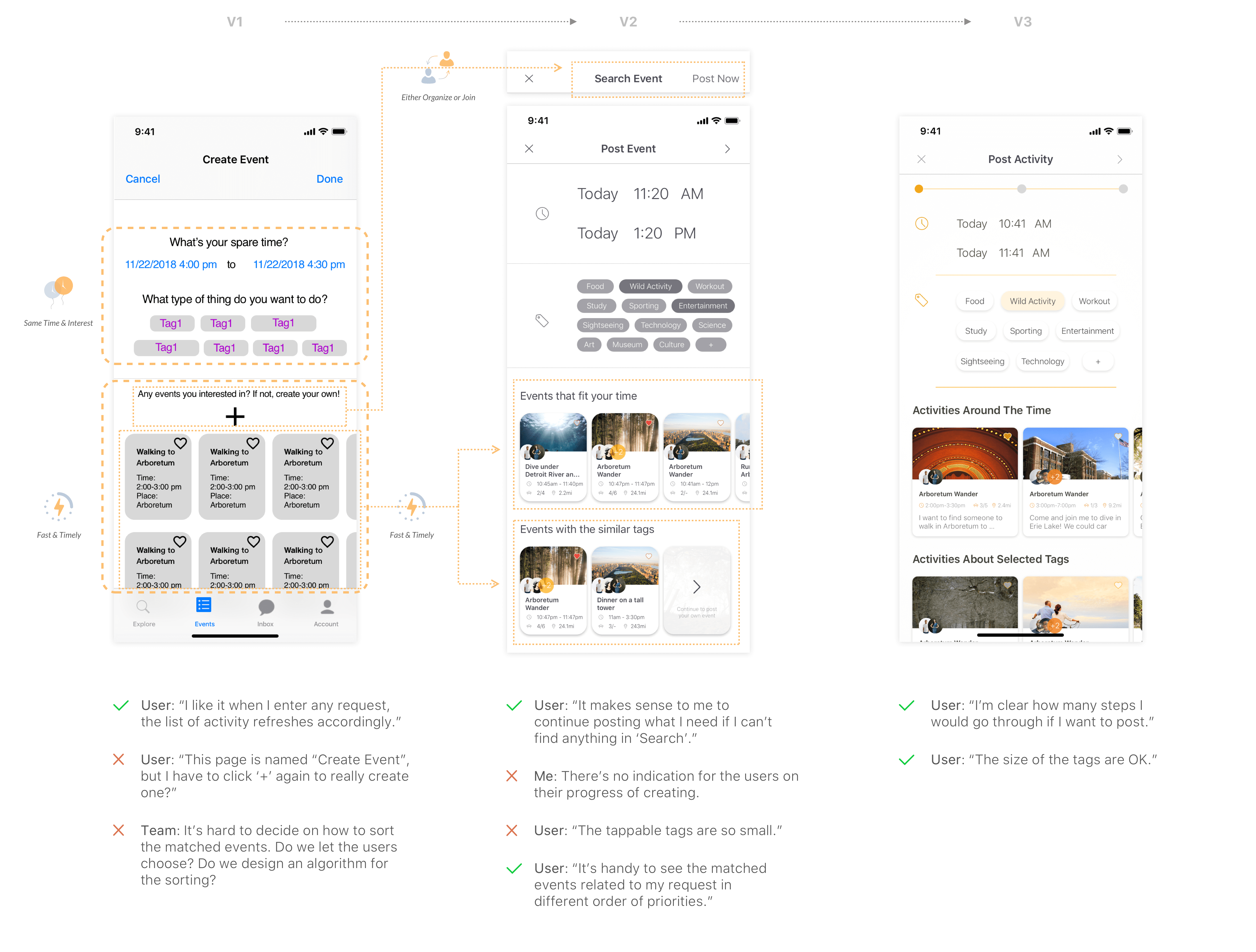 Major Challenge 2: How to help users build trust and how to ensure security?

Solution 2.1: Profile Page provides a safe and reliable starting point for users to know one another 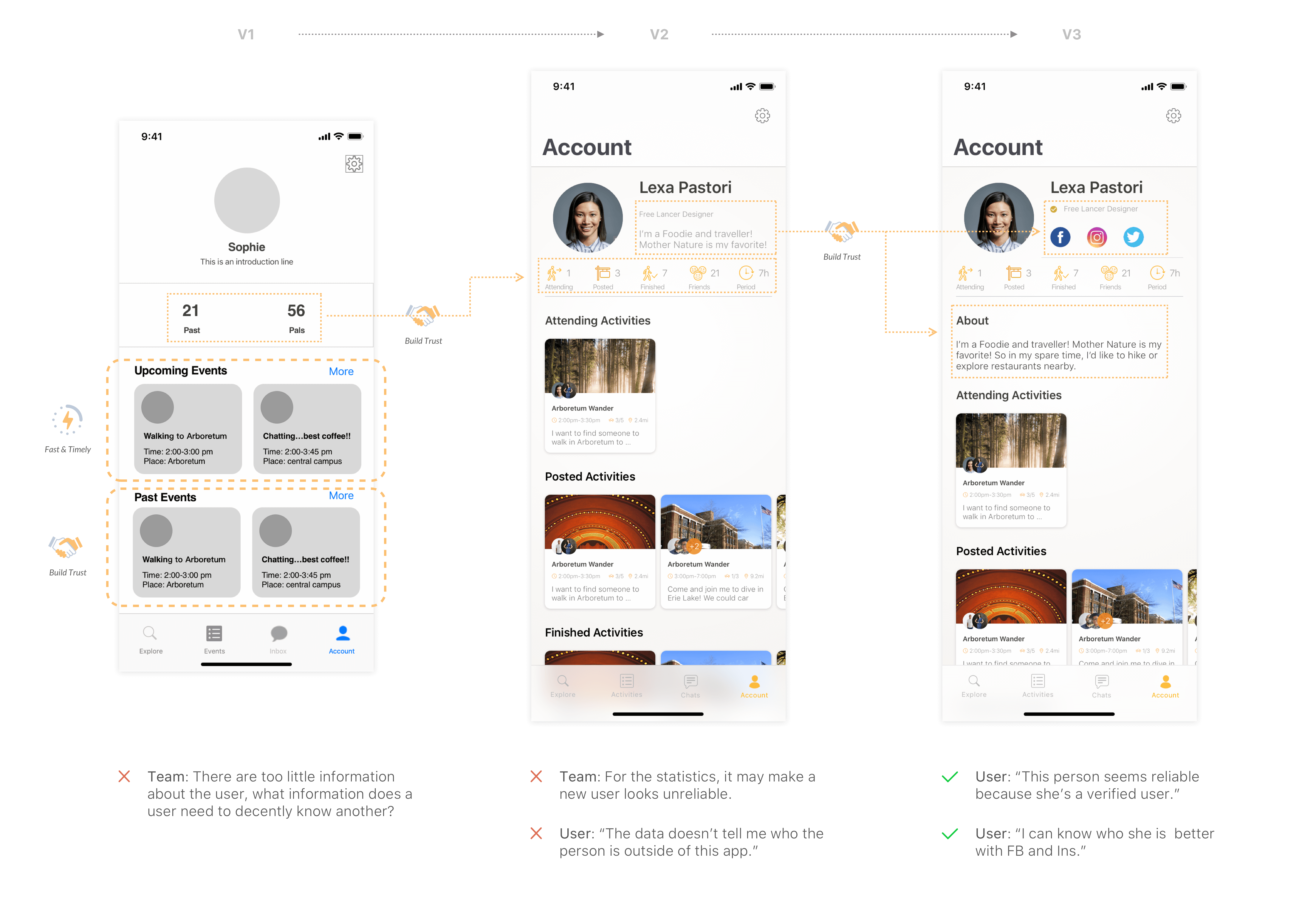 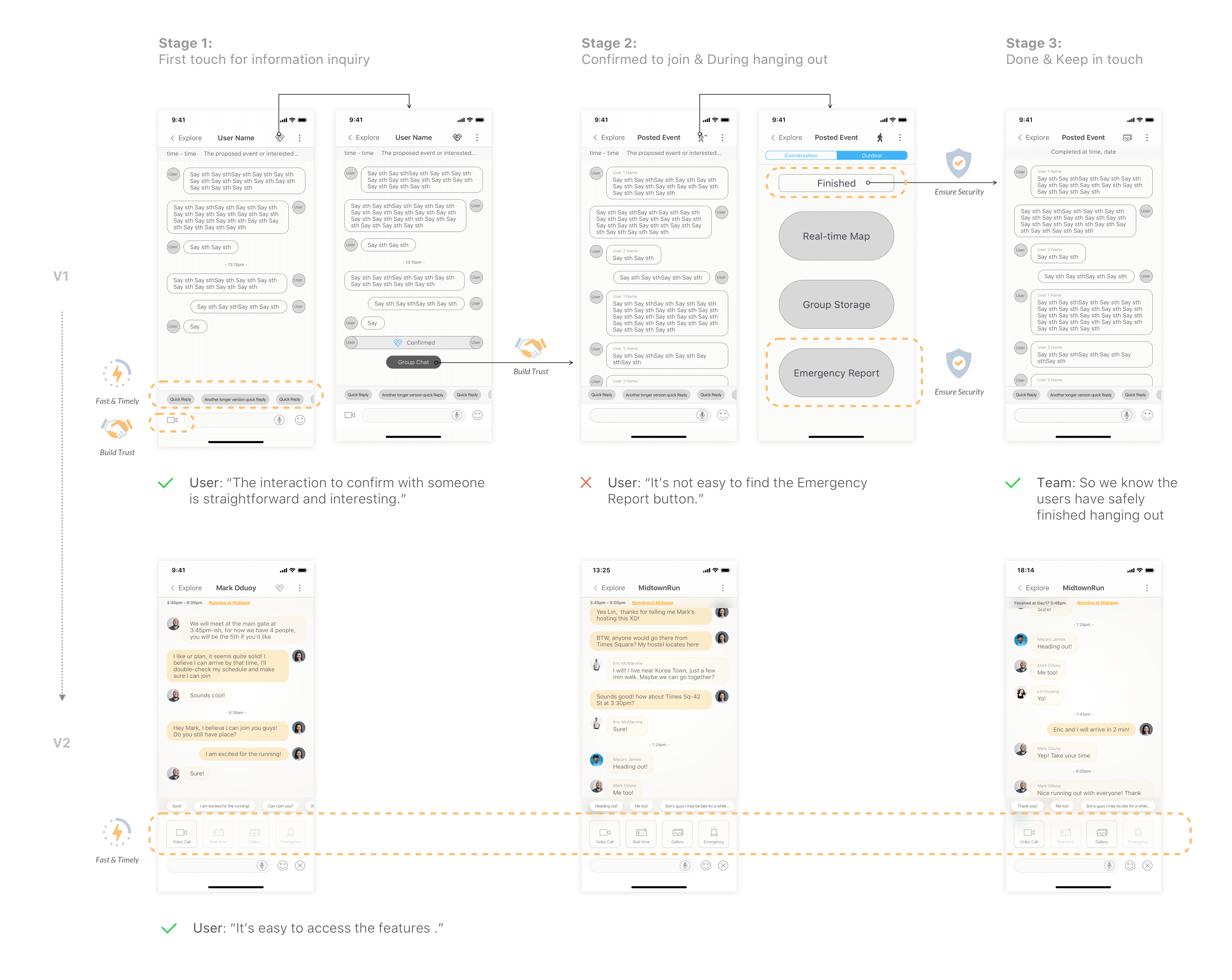 An organizer posts an activity to attract participants